Our team at Mondelli Law Offices offers a complete legal solution in the areas of Tennessee probate, family, civil and criminal litigation, and business law. Our services are backed by years of practice experience, qualified support staff, and modern, conveniently located offices in the historic Nashville area.

We are committed to providing each of our clients with the highest quality legal service and professionalism at a reasonable cost. Our practice is built around a solid core of clients, many of whom have been represented for several years. We strive to establish long-term, solid relationships with our clients. 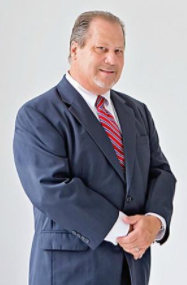 Frank came to Nashville in 1957 when he was 3 years old. He was educated at St. Ann’s parochial school and graduated from Father Ryan High School in 1972. Frank went on to graduate from the University of Tennessee at Nashville night school in 1980 and The YMCA Night Law School in 1986. During these years, he met and married Gail Evans. Frank worked for Metro Government as a warrant officer for two years before transferring to The Codes Administration. While working for Metro, he finished his law school education, raised three children and launched his legal practice, which opened in 1990.

Frank has practiced law in the General Sessions court, circuit, criminal trial courts and federal courts of the mid-state area. He has represented indigent clients in both civil and criminal courts. He has litigated cases in each of these courts. With 27 years of legal practice in these areas of law Frank is prepared for the many challenges that face the next judge of Division X.

Frank is committed to bringing about positive changes and upholding the constitution of the state of Tennessee and the United States of America.

Betty Cherry is our legal secretary and has been a part of our staff for over 15 years. She provides exceptional customer service and updates our clients on what they need to know regarding their legal matters. Betty is an experienced paralegal who can assist you with the majority of your questions and keeps our attorneys informed and updated with any new information we receive.